I've never done a blog hop before, and I found out about this one through KBoards, where there is an excellent thread called the Speculative Fiction High Five Circle in the Writer's Cafe. I have been posting links to all the previous 'hoppers' and now my time has come (argh).

I have been tagged by Jamie Maltman, author of Brush with Darkness. Jamie writes historically-inspired fantasy from his home near Toronto in Canada.
Brush With Darkness is Book I in his Arts Reborn series, which explores the impact of magic returning to a world a lot like the Mediterranean in the time of the Roman Republic.
Book II: Blood of the Water comes out later this month, and Jamie is also working on a short story for an anthology in the world of The Dream Engine.

The brief for writers doing the blog hop is as follows: in each post, the author will answer four questions about the writing process:
1. What am I working on?
2. How does my work differ from others of its genre?
3. Why do I write what I do?
4. How does my writing process work?

1. What am I working on?
I'm writing a much-revised novel, Winterbloom, which is Book 4 in my Shamanworld series. It has been causing me problems because it started life as a Sherlock fan-fic, based on the BBC series written by Mark Gatiss and Stephen Moffat. I'm afraid fan-fic is not my strong suit and my attempt to merge it with my shamanworld 'verse didn't work.

Sherlock Holmes has been done too often and too well recently. I wanted to have Martin Freeman and Benedict Cumberbatch as Holmes and Watson in my world, but they are too strong as characters. So I had to go back to the drawing board and find a new way of telling the story. In the end, I replaced them with Dido Trevelyan and Camilla Carfax, a pair of time-travelling female detectives, who disturb the main character in the middle of the night (something that keeps happening to her).

The main character is Yuste Vasilyevich, who first appears in Children of the Shaman. She's the twin sister of the more charismatic Yuda, and she has to deal with a lot of issues that result from being a twin, a shaman, and a woman. So when Camilla and Dido arrive, she's eager to go with them to assist in their quest - but ends up taking along her mother and her niece.

2. How does my work differ from others of its genre?
I suppose it's still slightly unusual to find fantasy with strong elements from Jewish culture and folklore. There are some outstanding examples - Michael Chabon, author of Kavalier and Klay, Helen Wecker, author of The Golem and the Jinni - which is historical fantasy.

My books are set in alternative version of this world where magic is allied to steam-powered technology. My main characters are Wanderers and in their world they are the equivalent of the Jews. The world itself is out of sync in that there has been a Mini Ice-age (like the one that hit Europe in the late Middle Ages). So parts of the world are stuck in Mediaeval times, while other countries have reached the industrial revolution.

The books are a steampunk/mediaeval mash-up. There are no Dark Lords. There are bisexual and gay characters, and the characters are quite diverse. I didn't set out to make them that way deliberately - they just were. Because of the Ice Age - the Great Cold - lots of people from other countries ended up living in the south of Lefranu, which is like France.

3. Why do I write what I do?
It's a compulsion! I suppose I always wanted to write. My sister, the writer Sarah Ash, used to read me the stories that she wrote. And we used to play games and my Gran used to invent stories too. Our parents used to read a lot themselves, and they read to us.

I think I was doomed from the moment my sister read me The Hobbit when I was recovering from the measles, aged 7. When I was younger, the worlds of Tolkien and C S Lewis were pretty real for me. I've always invented worlds. To begin with they were about cars! (Based on Dinky Toys, not the Disney Cars). I think we create imaginary worlds in order to deal with (and escape from) difficult circumstances.

My first grown up stories were about King Richard III. Then in about 1976, a character called Sophie Vassilievich (spelled thusly) popped into my head. It wasn't until 1980, when I went on a volunteer work-camp restoring a church in the South of France that my characters - and world - started to crystallise. It took me a long time to work through the basis of the story, and it wasn't until 1999 that I found an agent and (gasp!) a publisher.

I write about the Vasilyevich family, who have been inhabiting my head since about 1980 - together with their friends, relations and enemies.

4. How does my writing process work?
This is a tricky question to answer. I tend to either write using a pen and a notebook (must be spiral bound) or to type on my laptop.  I would like to say that I had a system but at the moment I tend to write in bursts. Things like depression and anxiety play merry hell with my writing abilities, and so far this year we have had a succession of disasters, from a landslide outside our house to my mother-in-law going into hospital with a stroke. So there have been lots of interruptions.

I like to have a rough idea of the scene that I'm planning to write. But the most important thing is imagination. One can sketch things out and amplify them afterwards.

The other, the most important thing, is editing. I sometimes forget how essential this is and have released things on an unsuspecting world that had been insufficiently edited. I am concerned about spelling and grammar, but beyond that I get upset by what I call 'plonking' prose. My own prose often plonks horrendously until edited. (Some might say it also plonks after, but I hope not!).

My main weakness is probably plotting. I know that there are writers whose style may not be brilliant, but whose plotting and ability to write a gripping yarn is unmatched. There are also people whose style is a pleasure to read in itself.

It's been great fun doing this and reading the other posts. There are very interesting writers coming up! Big thanks to Heidi Garrett for co-ordinating this on the Kboards.

Next in line is Cora Buhlert, who was born and bred in North Germany, where she still lives today – after time spent in London, Singapore, Rotterdam and Mississippi. Cora holds an MA degree in English from the University of Bremen and is currently working towards her PhD. She has been writing since she was a teenager, and has published stories, articles and poetry in various international magazines. When she is not writing, she works as a translator and teacher. Visit her on the web at www.corabuhlert.com  or follow her on Twitter under @CoraBuhlert.

Her blog address is: http://corabuhlert.com and she will be taking up the thread on 27th July with her contribution to the Speculative Fiction writing process blog hop! 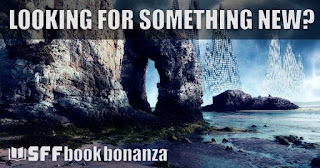 Speculative Fiction Showcase: Holding On By Our Fingertips, edited by Kate Coe a...